Your Guide To Understanding GST As Levied On Real Estate Even though the Goods and Service Tax or GST has already made its way into the market, there still remain several buyers and property owners who are unaware as to how this new taxation system works.

With people still deliberating the effect of GST on their finances, here is a simple guide on GST and its implications on real estate.

The GST Council recommended a four-tier tax structure, of 5, 12, 18 and 28 percentage respectively. The GST rate, as fixed by the Union Government on under-construction properties, is 18%.

On-Going Or Under Construction Projects

The Government has offered an abatement of 1/3rd on the total land cost, which means that buyers will only need to pay GST on 2/3rd of the land value. This thus makes the total effective tax rate = 12%.

The above applies to any under-construction property, residential or commercial, purchased after 1st of July 2017.

Under the GST regime, buyers will get to save money in the form of tax when they purchase a finished property. No tax shall be levied on a housing unit in a completed project, which has received an Occupation Certificate or where the registry has been done.

However for a completed project where an occupancy certificate has been applied for but not issued by the authority, the buyer will have to pay a GST at the rate of 12% on the entire value of the apartment. Furthermore, for completed projects wherein an Occupancy Certificate has not been received, the builder can receive a credit of 2.40% of the value and pass it on to the buyer, after he has submitted the invoices of purchase of inputs.

GST has been pegged as a revolutionary tax reform, and is expected to help bridge the gap between developers, consumers and the government. On present evidence, it is working well.

4 Decoration Ideas for a Larger Balcony in Your Apartments 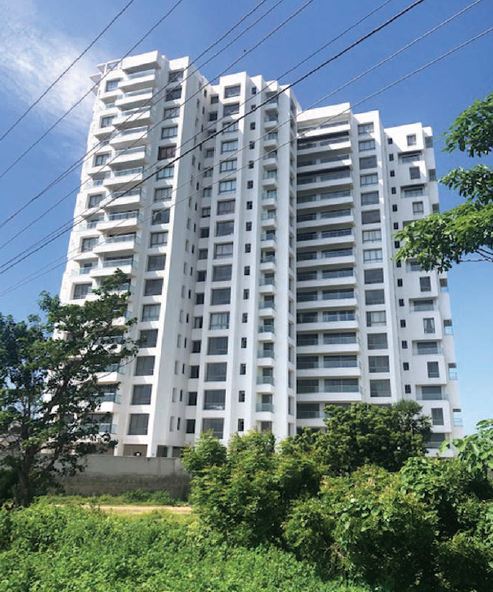