Why Is Real Estate One Of The Safest Investment Options In Bangalore? 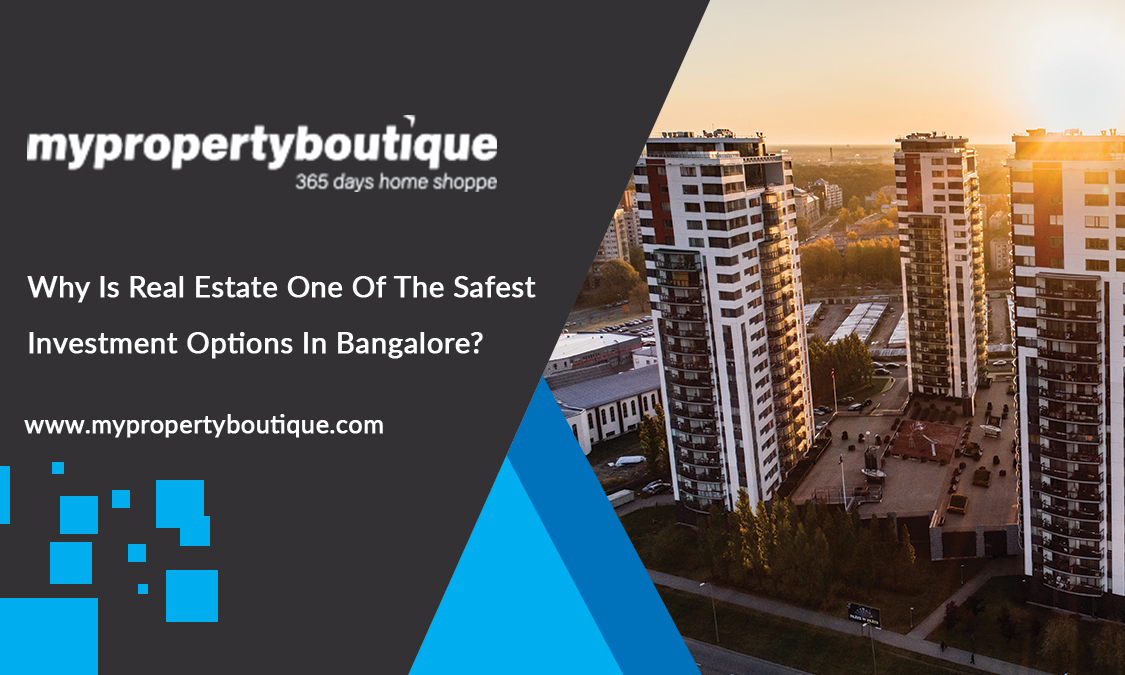 When it comes to promising careers, people are moving everywhere across the country for better prospects. Speaking of Bangalore city, it has experienced a massive boom in population basis factors like right climatic conditions, IT hubs and excellent infrastructure. It has become a top choice for career options.

Bangalore comprises of multicultural background ethnicities, and as one of the rapidly developing metropolises in India, there is umpteen number of Plots in Bangalore. It has a share of 40 % when it comes to the IT sector. With such good infrastructure, reputed educational institutes and a dynamic government, there is a focus on the growth of the metropolis along with increasing Flats in Bangalore everywhere.

The real estate is facing an ideal boom, and it is the perfect destination for investment. A lot of policies have been implemented for enthralling foreign investment, giving the city an upper hand over other such contemporaries in India.

The best places to invest in Bangalore

The international airport of the city enhanced real estate development in Devanahalli in 2019. It has paved the way for the construction of affordable housing in this region. With the rise of significant buildings, there is optimal connectivity and accessibility in this region. Its greenery also attracts buyers.

HSR Layout and the neighbouring areas

Speaking of the south-eastern wing of Bangalore, it charms investors and IT companies who are searching for mid-range plots. It has paved the way for enthralling IT professionals who are on the lookout for cheap housing near the workspace. Bellandur, located near the MNCs, is a good option for the professionals.  Near Sarjapur is Chikkanagamangala where property rates are low.

These areas feature pools, clubhouse and gyms to attract everyone.

Whitefield is another ideal destination for real estate investors, and there are several Villas in Bangalore, particularly in this region. Budigere and Varthur, which are close to Whitefield, are also some of the rising investment locations.

This region is growing as the IT hub of Bangalore. A lot of work has been done to make residential properties available for future investments. Metro and train services are easing traffic congestion, and a lot of buyers are attracted to relive in Bangalore's old charm.

What factors decide if a particular property will be a good investment in the long run?

All You Wanted To Know About RERA