Owning a home is something that a lot of people regard as the biggest financial achievement of their lives. Having a house of one’s own not only brings in a much-needed sense of comfort, but also enhanced privacy, security, and financial stability in the form of the asset you have built.

When it comes to buying a house or property in Coimbatore, India, you should have all the guidance and help that can aid you in finding the house you have been wishing for. At My Property Boutique, we have an expansive inventory of properties in Coimbatore to help prospective homebuyers go about property purchases with ease.

My Property Boutique is a leading online real estate aggregator in India with an expansive portfolio of residential properties in Coimbatore on offer. To fit the needs of all kinds of homebuyers, we maintain an expertly designed inventory of different types of projects with varying property prices in Coimbatore city.

Backed by a team of skilled and highly experienced professionals, and aided by the best technological solutions available, we study the latest trends with respect to the real estate of Coimbatore. This, in turn, allows us to offer buyers with property listings within the city that are widely preferred by investors at a given point of time.

At My Property Boutique, we have an exhaustive range of residential projects on offer, covering both existing and upcoming projects, including luxury as well as affordable property in Coimbatore. Be it new properties in Coimbatore, a 1-BHK flat or a multi-roomed apartment that you are looking for, you are sure to find it on our website. We also offer superior living spaces in the form of villas and luxury houses in Coimbatore developed by well-known real estate companies. These properties cover a wide range of locations, configurations, and amenities to allow more homebuyers to find a property that best meets their needs and preferences.

All the properties in Coimbatore for purchase which are listed on our website are RERA approved, which means improved transparency for all customers, and credibility of builders that sell property in Coimbatore. We carry out careful vetting of all properties and their builders to ensure trust and confidence on our customers’ part.

The continuous expansion of the sector for real estate in Coimbatore has led to a rise in the number of residential properties in the city. 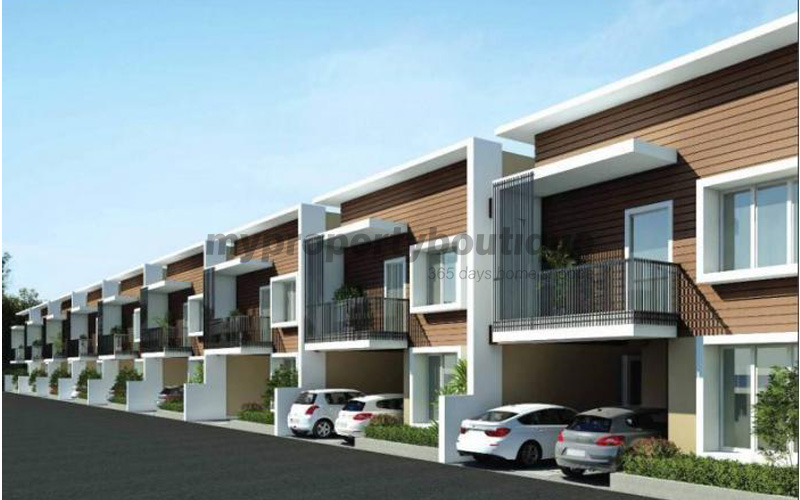 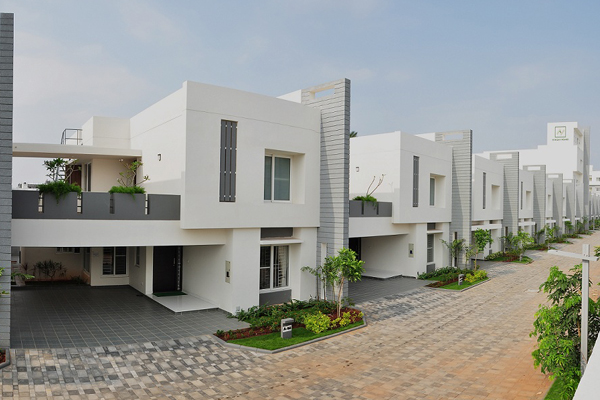 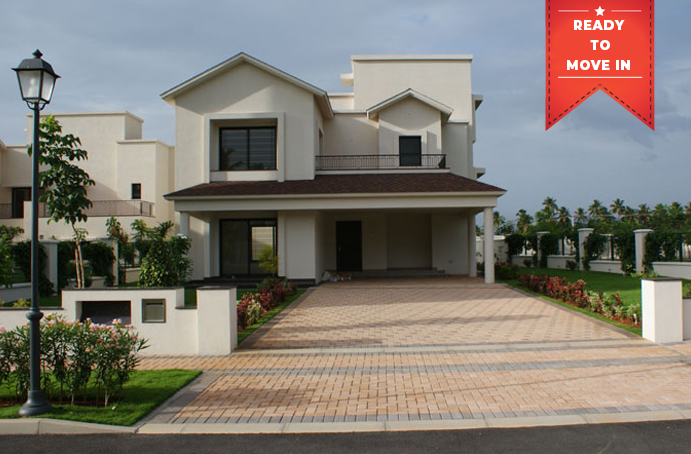 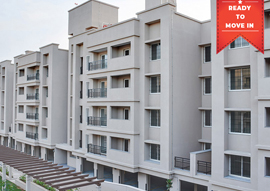 With My Property Boutique, you get access to some of the most desirable and upcoming properties for sale in Coimbatore’s market. If you are looking for a new house or property in Coimbatore with excellent infrastructure and amenities, which have the most strategic locations, then you are in the right place.

Even though RERA has taken care of issues related to delayed project deliveries, there still are some homebuyers who are skeptical when it comes to investing in a property that they cannot see in a finished form. However, you don’t have to worry when purchasing property in Coimbatore with My Property Boutique. Every property in our inventory is carefully vetted by our experts to ensure its authenticity so that homebuyers have access to the best options available.

Our property specialists will oversee everything and help you find a property in Coimbatore, India without any hassles. Whether you want a stylish and contemporary apartment in the heart of the city or a tranquil family home in the suburbs, you'll find your perfect choice with us. Explore our inventory of new and upcoming contemporary spaces for a truly modern way of living; you’ll surely find your dream home within our verified property listings. 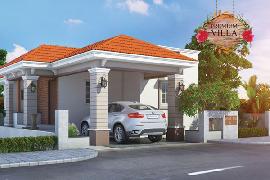 Catering to a swiftly developing industrial hub, Coimbatore has a lot of investors looking for premium housing options. The development of upcoming luxury projects in Coimbatore, especially in some of its prime locations, has also picked up pace to meet this growing demand.

These luxury houses in Coimbatore have a lot to offer to their buyers, right from first-rate, modern amenities, uber-cool infrastructure, top-level security, and ease of connectivity. The luxury residential real estate in Coimbatore brings together an amusing number of premium apartments and villas. With impressive modern architecture meeting advanced amenities, these projects are designed to offer home buyers with superior quality living experience.

Furthermore, with the affluent sections of the society looking beyond metro cities, the demand for luxury houses in Coimbatore is expected to go up even further in the times to come As one of the top cost-effective cities to live in, Coimbatore has various affordable housing projects on offer, which include both existing and new projects. Under the affordable homes segment in Coimbatore, the demand for flats, mainly driven by professionals and retirees, is quite high. While professionals look for service apartments, retirees are on the look-out for affordable homes in Coimbatore. People also seem to be drawn to small-sized and affordably priced plots in Coimbatore’s real estate, thus registering these among the fast-moving property types in the city.

Brought up in line with the Government of India’s “housing for all” project and focused toward those with below-average household income, affordable housing options in Coimbatore at My Property Boutique also enable the economically weaker sections, and low and mid-income groups to own a house.

Developed by some of the most well-known real estate developers within the city, these affordable housing projects in Coimbatore cater to offer many amenities as standard for comfortable living. From helping you locate appropriate regions for buying properties to understanding different policies that apply to this segment of houses; our property experts will guide you throughout the process.

For people wanting to buy an affordable property in Coimbatore, it cannot get better than this. 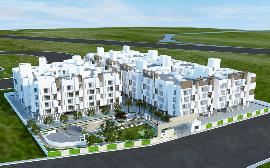 If you are someone who is looking forward to buying a property in Coimbatore, India, then make sure you check out the featured projects at My Property Boutique. Prepared by our realty experts who possess years of experience in the field, these listings feature new properties in Coimbatore that have reached an advanced stage. You will get to learn of properties with interesting sets of amenities on offer, which makes them coveted as well as sellable. These are those properties for sale in Coimbatore that have been short-listed after scouring through numerous projects, and meet the need of prospective buyers in the best possible manner. 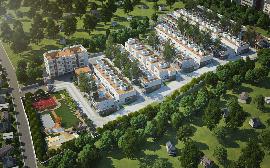 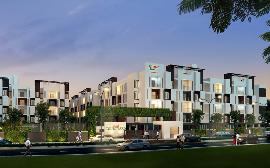 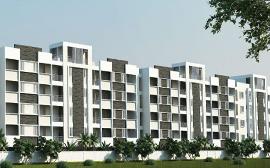 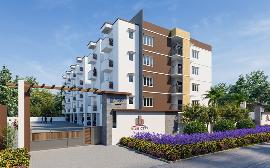 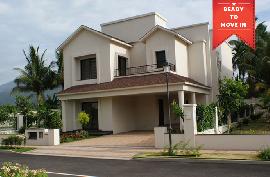 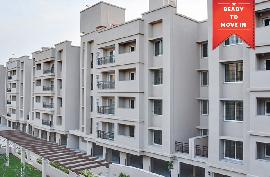 BUY YOUR PROPERTIES IN Coimbatore WITH MY PROPERTY BOUTIQUE

Why Should you Invest in Properties in Coimbatore.

Known as the textile capital of South India, Coimbatore is a major city in the state of Tamil Nadu. The city is surrounded by the Western Ghats and is situated on the banks of the Noyyal River. Coimbatore is one of the fastest-growing tier-II cities in India and is also a major industrial hub.

As the second-largest city in the state after Chennai, Coimbatore has a large and diversified manufacturing sector. The city is not only home to textile industries but is also a major center for the manufacture of automotive components, as leading car manufacturers are known to source a large part of motor components from the city. The city boasts of cosmopolitan culture, with a diverse population making Coimbatore its home.

As seen by the trends at My Property Boutique, Coimbatore is fast emerging as a center for sustainable real estate. The city is witnessing a rise in demand for housing which is spurred by the professionals working in IT sectors, and the retirees looking for a place to settle down. To meet the growing housing demand in the city, builders in Coimbatore have been coming up with new residential projects. The areas of Avinsahi Road, R.S.Puram, and Race Course are key locations that have several housing projects from the top builders in Coimbatore. Other than the areas mentioned, builders in Coimbatore are providing affordable housing in places such as Saravanampatti and Mettupalayam Road, among others.

Buy and Sell Property in Coimbatore

Whether you want to buy or sell a property in Coimbatore, we at My Property Boutique are here to assist you. Coming with the right knowledge base coupled with good expertise and a strong industry presence, we have established ourselves as one of the leading businesses in this sector. Our endeavor towards offering customers with real-time knowledge and a personalized experience is what sets us apart from the myriad of realtors and aggregators in the city. Adding to this is the best property rates in Coimbatore that we offer.

Why should you invest in properties in Coimbatore

While the flourishing textile and spinning industry were the driving forces behind the city’s development, the opening of the first SEZ, TIDEL Park, ushered in a new era for the city. The economy of the city has diversified beyond textiles to include automobile manufacturing, engineering and IT/ITeS over the years. The emergence of the IT sector has, in turn, led to an increase in demand for residential properties in Coimbatore.

Over the last couple of years, real estate in Coimbatore has not only picked up pace in terms of new and upcoming projects but also registered a significant increase in investments. The fact that it is a tier II city with a lot of scope for development and comparatively affordable properties has given a good boost to conservative investors for taking property purchase decisions.

As a city with a widely flourishing economy and real estate, Coimbatore offers a wide range of comfortable living options. The city also boasts of sound infrastructure and connectivity which further make it apt for residing in. The city is connected to neighboring towns and cities through road, rail, and air. The pleasant climate and good healthcare infrastructure are added bonuses that people deciding to buy properties in Coimbatore stand to gain from.

The city of Coimbatore is also an important center of education in Tamil Nadu, with seven universities, 78 engineering colleges, 3 medical colleges, and around 150 arts and science colleges within its borders.

In addition to the above, property prices in Coimbatore, especially in the areas of Avinashi Road, Trichy Road, Saravanampatty, Race Course, Ganapathy, and Vadavalli are expected to witness capital appreciation in the coming five to seven years.

A very interesting thing about Coimbatore that adds greatly to its growth and advancement are international relations. The city of Coimbatore holds a sister city relation with Toledo in Ohio, United States. This has enabled exchange in fields of education and arts between these two cities. Other than this, Coimbatore has also signed a twin city pact with the German city of Esslingen in July 2016, which proves instrumental in the growth of this Indian city in terms of health, cultural, educational and social development as well as areas of mutual interest.

This is yet another important reason to buy property in Coimbatore.

While a burgeoning economy is certainly driving up the demand for new properties in the city, there is a host of other upcoming infrastructure projects in Coimbatore that will result in the appreciation of property rates. These include: - 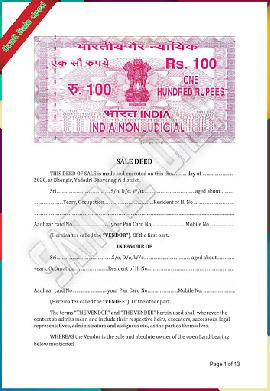 Sale deed also called as Conveyance Deed is one of the most primary and fundamental documents in... Read More 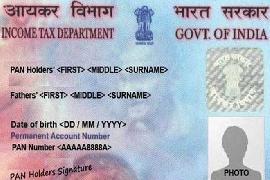 How to apply for a NEW PAN card in India

PAN – Permanent Account Number is a unique 10 digit number given by the Income Tax... Read More

India to get its second REIT listed in stock market soon. After the success of Embassy REIT in... Read More

Join us for a 3 Day MEGA Property Expo to see all the best properties CLOSE TO YOUR WORK PLACE!